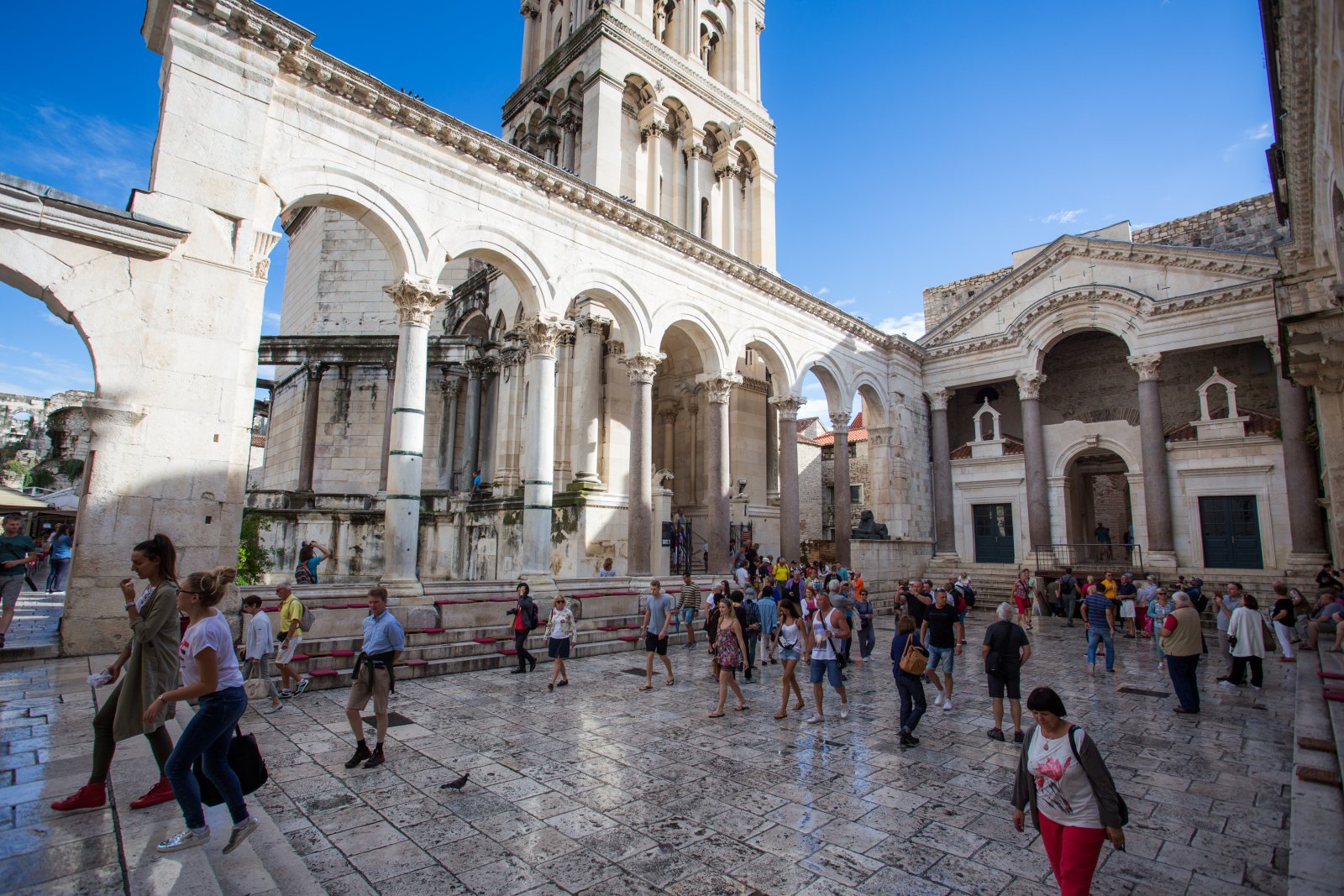 On arrival at SPU airport, you will be met and transferred to your hotel. The balance of the day is free.   Meet your fellow travelers tonight at Welcome Dinner. (D)

After breakfast travel to Dubrovnik. Day at leisure. (B,D)

After the breakfast, walking tour of Old Dubrovnik visit the Rector’s Palace, and see the Bell Tower Clock, Orlando’s Column, Sponza Palace, the Dominican Monastery, and Franciscan Monastery with its Pharmacy, one of the oldest in the world. The rest of the day is free or join us for Optional Excursion home hosted Dubelj with dinner. (B)

NOTE: Because of the narrow and historic roads in Dubrovnik, walking is the primary way of getting around. Pack good walking shoes.

After breakfast, our journey takes us to Montenegro viewing Kotor Bay, the only South European fiord and tour of old town Kotor, a UNESCO heritage Site. On to Tivat for the night. (B,D)

After breakfast we leave Tivat and drive via Budva and Bar towards town of Shkodra, nowadays a major Albanian cultural center. Shkodra was the center of the Illyrian tribe Labeat and was taken by the Romans in the year 168 B.C. We will see the Rozafa Castle, magnificently situated on a rocky outcrop of limestone high above the city. Continue drive to Tirana. (B,D)

Day 8, Thursday, to OHRID, the REPUBLIC of NORTH MACEDONIA

Drive to the lakeside resort of Ohrid, an important cultural and spiritual center, classified as UNESCO’s World Heritage site. Enjoy sightseeing tour will take you strolling through the cobblestone streets of the old town. Visit the Cathedral of St. Sofia, containing some magnificent frescoes from the 10th century. (B,D)

After breakfast, admire the fantastic landscapes of Meteora, known as “the rocks that fell from the sky”, where monks built their rock – top monasteries far away from civilization. Out of the 13 large and 20 small monasteries and hermit’s cells, only four are now active. The most important is Megalo of Great Meteoro, of peculiar architecture with its tall and intricate dome, twelve sides and fine frescoes. (B,D)

Your first stop is Delphi, where the famous Oracle once foretold the destiny of men. The temple of Apollo in which the Oracle functioned, was built in the 6th century B.C. Also see the Sacred Way, the Stadium and the Castilian Fountain, where pilgrims cleansed themselves in preparation for consulting the Oracle. Visit the Archaeological Museum of Delphi, which contains an impressive collection of finds from the site, including the beautiful “Bronze Charioteer”, before continuing to Athens. (B)

See the highlights of Athens this morning on a sightseeing tour. This cosmopolitan and bustling capital city is set amid reminders of a long and a glorious past:  graceful temples, centuries – old monasteries and ornate Byzantine churches. Visit the immortal Acropolis, the Parthenon, said to be the most perfectly proportioned building of all time, Also, see the Erectheion with the Porch of the Maidens, the Temple of Athena Nike and the Wingless Victory. Below the Acropolis lies the Ancient Agora and the Theaters of Dionysus and Herodus Atticus. Your afternoon and evening are free. Join us for Farewell Taverna Dinner in the Plaka beside the Acropolis. (B,D)