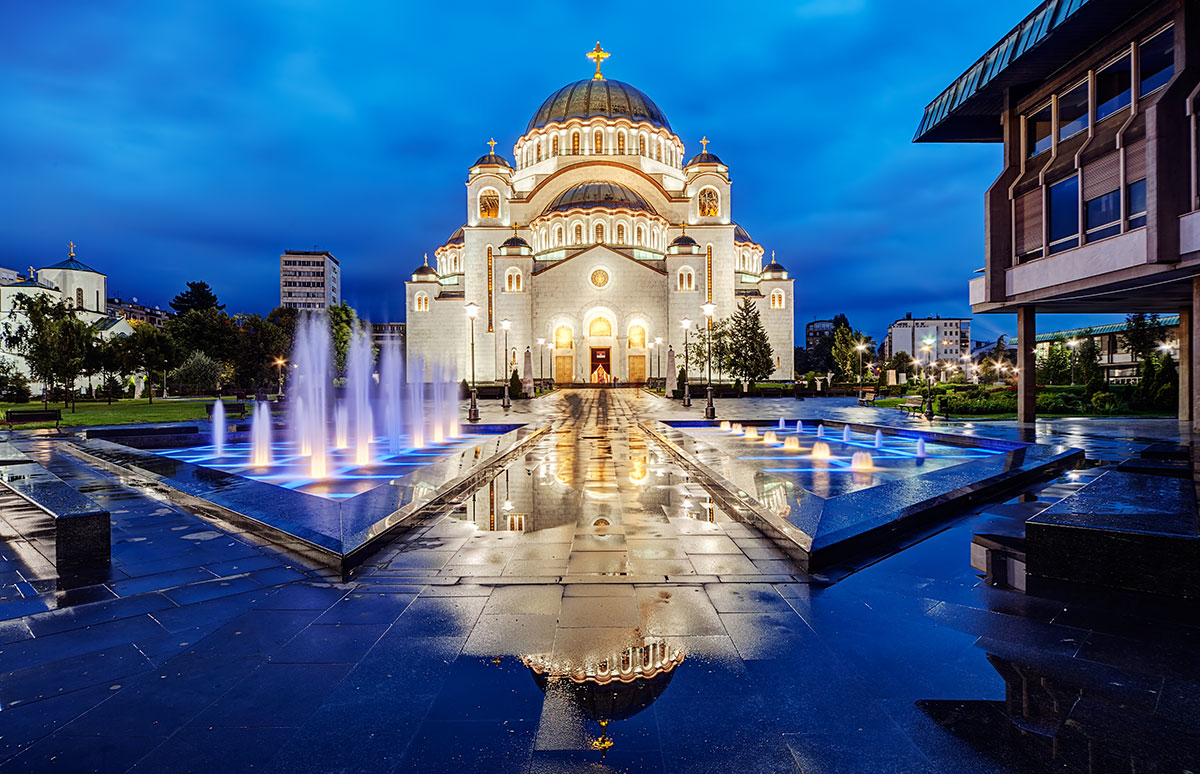 You will be met and transferred to selected hotel. (D)

During the sightseeing tour we visit the most important sights of this lively capital. The most preserved is the core of Belgrade’s fort – Kalemegdan with its numerous walls, towers, bridges and passages. Kalemegdan as we know today, is a National Park, where you can among other sights also find a rich military museum. Close follows the cathedral “Saborna crkva” and the aristocratic mansion Konak. During the tour we also visit St. Sava temple – the big orthodox temple, the republic square, Slavija – square, the National theatre, St. Marco church, the National museum, Knez Mihajlova Street, Terazije – square, the bridges of Belgrade. Dinner in the artistic part of Belgrade – Skadarlija. (B, L, D)

After breakfast departure to the monasteries of the Morava river walley. First we visit the monastery Manasija. Frescoes in this monastery are the most beautiful in the so-called Morava – cycle and belong to the best works of the old serbian painting overall. Just an hour away we arrive to monastery Ravanica. The tour continues to the former capital city of Serbia – Krusevac where we visit the old women’s monastery Ljubostinja. Drive to spa Vrnjacka banja. (B, D)

Heading toward Kraljevo we visit Zica monastery. Zica was the first seat of Serbian diocese, where all the Serbian rulers of the Middle ages were crowned. We continue to the monastery at Studenica, which consists of three churches: the church of Our Lady, the church of St. Nicholaus and the church of the king. The monastery is also on the UNESCO world heritage list. Free for lunch. Afterwards, the tour continues to the monastery at Sopocani, which is known for its numerous scenes from the life of the Christ and extraordinary holy figures. It is included in the UNESCO world heritage list. (B, L, D)

After breakfast, we drive to Mileseva monastery. The greatest value of this monastery respresent its frescoes. The most famous frescoe is ‘Angel on Christ’s Tomb’, which was inspired by antique art and is preserved only partly. In Mileseva, we find the grave of King Vladislav, which is also known as consecration place of the first Serbian archbishop, St. Sava. We continue to nature park Zlatibor. (B, L, D)

Retun to Belgrade with a stop in Topola, the hometown of Djordje Petrovic, named Kardjordjevic, the leader of the first Serbian rebellion against the Ottomans. Here we can see the Kardjordje Church and the Mausoleum Church of St. George. (B, L, D)

After breakfast, transfer to Belgrade Airport. (B)