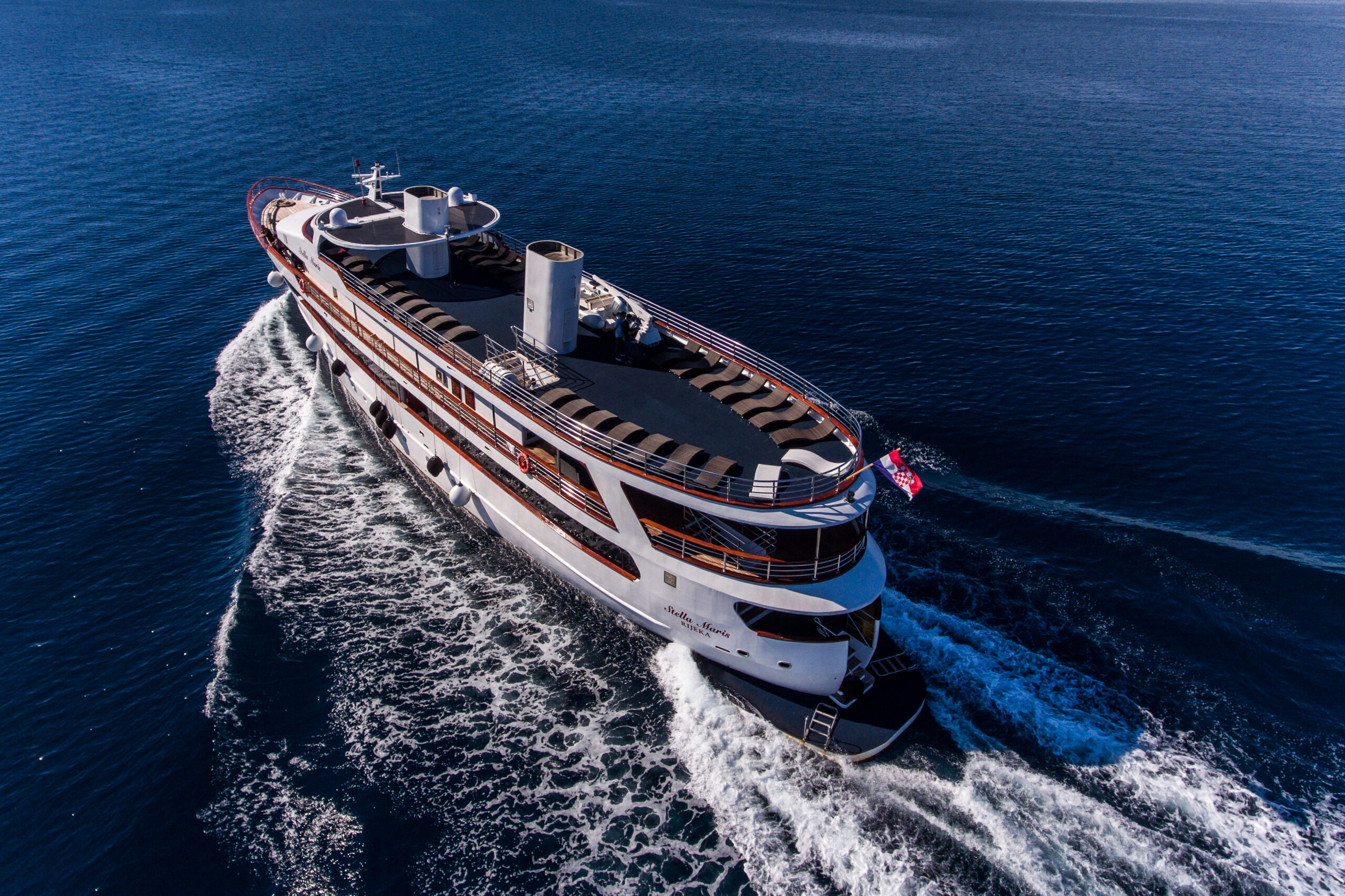 You will be transferred from Split airport or your Split hotel to the port, where embarkation begins at 1 pm. Get settled in your cabin before attending a Welcome reception followed by dinner.

Early in the morning sail to Ploče and take the coach for an excursion to Mostar with lunch included. Mostar is the city where east and west meet. Built alongside the Neretva River is known by all thanks to the image of its beautiful “Old Bridge” (Stari Most) which is the heart and symbol of the city. Since 2005 the “Old Bridge”, as well as the old city of Mostar have been inscribed as a World Heritage by UNESCO. Walk through the streets, visit the Turkish house and the mosque. Tonight, enjoy Captain’s dinner and overnight in Ploče.

In the morning head further south to the Island of Mljet. Join the Cruise Manager for a stroll to the famous salt lakes in the Mljet National Park. Set sail to Dubrovnik with swimming stop and relax, if weather permits, with lunch on board. In the late afternoon we arrive in Dubrovnik the “Pearl of the Adriatic”, to take a guided tour of the historical centre of city which is listed as a UNESCO World Heritage site including visits to the Franciscan Monastery’s Pharmacy. Overnight in Dubrovnik.

In the morning we set sail to Kotor. After lunch on board, we are continuing by bus to visit Lovćen Mountain, Njeguši Village and Budva. Encounter Montenegro’s rich culture, historical heritage, and natural beauty as you travel up the serpentine Lovćen Hills. A beautiful view of Kotor Bay and lovely mountain scenery accompany you en route to Njeguši, where you will visit the village smokehouse. Stop for a snack of smoked ham and cheese, brandy, and wine—all local specialties. Then, head down the mountains towards the city of Budva—believed to be one of the oldest settlements on the Adriatic coast, more than 2,000 years old. After panoramic stop above Budva you will drive back to Kotor to explore the city that is known as the jewel of Montenegro. Your guide will take you on a walking tour that will include a visit to St Tryphon’s Cathedral, and you will see the Orthodox Church of St Luka from the outside. Your evening is free in Kotor.

In the morning after breakfast, we head to Cavtat. As we are traveling from one country to another, there will be some formalities at the border. Continue our cruise with swim stop on the way to Korčula Island, best known as the birthplace of Marco Polo. Afternoon arrival in Korčula, followed by a guided walking tour of this enchanting town surrounded by walls, and one of the best-preserved medieval cities in the Mediterranean. Overnight in Korčula where you can enjoy a gourmet experience at the multiple restaurants and bars.

Early in the morning we sail to small island Biševo to visit the Blue Cave, weather permitted, a magnificent natural phenomenon. Cruise towards the island of Vis once a strategic naval Yugoslav base and for years restricted to the public. Due to this isolation, Vis has a special charm – “the Mediterranean as it once was” making it interesting to visit. Try some exquisite wine sorts in one of the Vis traditional wineries. If interested, visit the remains of the Roman thermal place, City Museum or simply take a walk enjoying the views. Overnight in the port of Vis.

In the morning head further towards Hvar, the longest and sunniest island in the Adriatic, with a swim stop and lunch on board. Afternoon arrival in Hvar town followed by a tour of the town – the Renaissance cathedral with its original tower, and the oldest community theatre in Europe founded in 1612. After the tour set sail towards Split. In the afternoon join a guided tour of the city, visit the seafront promenade and Roman Emperor Diocletian’s Palace. The historical center of the city is listed as a UNESCO World Heritage site. Your evening is free in Split.

After breakfast it is time to disembark. You will be transferred to Split airport or your Split hotel. 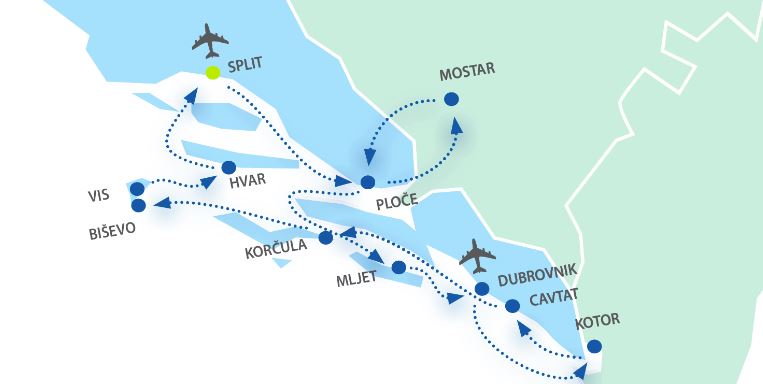