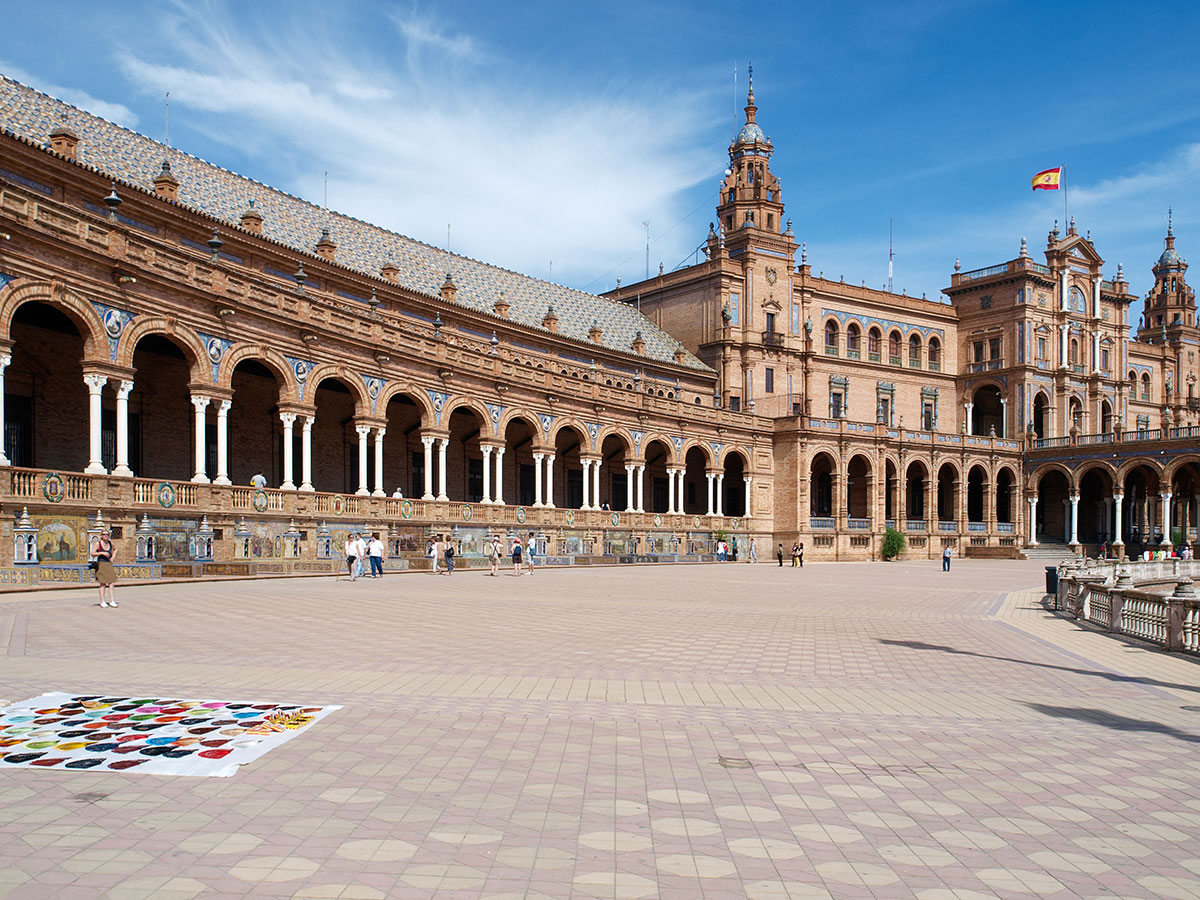 Airport arrival and transfer to a selected hotel. (D)

Morning guided city tour, including Gran Via, famous squares such as the Plaza de Espana, Oriente, Mayor, Puerta del Sol, Atocha, Neptuno, Cibeles, Puerta de Alcala, Colon and Plaza de Castilla, quarters of major historical relevance, such as that of the Austrias, the Borbouns and Salamanca, the Oeste and Retiro parks, commercial and financial areas, coliseums such as the Bullring, the Santiago Bernabeu soccer stadium, university campus, the El Rastro market. Conclude with a visit to the Royal Palace. (B, D)

After breakfast, excursion to Toledo.Visit all major highlights of this historical, artistic, and spiritual center of Spain, which sits atop a circular hill, with its magnificent cathedral in the center of town. We shall see the fortified palace, the Alcazar, the Cathedral of Toledo. (B, D)

Morning departure to Avila for city tour. See the Cathedral, its mighty fortifications, and other highlights. Proceed to Salamanca, an ancient city famous for its university. Visit Plaza Mayor and the ancient Puent Romano Bridge accross the River Tormes. (B, D)

Morning departure to Porto: upon arrival, guided city tour featuring Porto’s most attractive areas, such as the Ribeira Quarter, St. Francisco’s Church, the Stock Exchange, the Clerigos Tower, and the cellars to enjoy a tasting of port. (B, D)

Morning departure for Fatima to visit all the major pilgrimage sites – see the Sanctuary, the Cova da Iria, where Our Lady first appeared to the young visionaries; visit the Basilica where the tombs of the visionaries Jacinta and Francisco are located, and more. Proceed to Lisbon. (B, D)

Morning guided city tour, featuring a visit inside the Geronimus Monastery, and inside Belem Tower; and the monument to the discoveries of Vasco de Gama and his tomb. Proceed by touring the Alfama Hills, see St George Castle, and end the tour with a walk downtown.Optional excursion to the fishing village of Cascais. (B, D)

Morning departure for Seville. Stop in Evora, nominated by UNESCO as a World Heritage site. During the orientation tour, visit the Roman temple, the Romanesque-Gothic cathedral and the university. Across the Spanish border, stop in Badajoz, a city that occupies a slight eminence, crowned by the ruins of a Moorish castle, and overlooking the Guadiana. Proceed to Seville. (B, D)

Visit the most important highlight of central Seville: the Cathedral of Santa Maria, the biggest in Spain and the burialplace of Christopher Columbus. See also the Royal Alcazar, the 14th Century Moorish palace – now the residence of the Spanish king – the Maria Luisa Park, to end with a nice walk through the historical Jewish section, called Santa Cruz. Dinner with a flamenco show. (B, D)

Upon arrival in Gibraltar, visit the American War Memorial, the Royal Navy Headquarters, Trafalgar Cemetery, Europa Point, the southernmost point and the site of the Trinity Lighthouse. See also the busiest shipping lane in the world, the mingling of the Mediterranean Sea and Atlantic Ocean and two continents. Proceed to the Upper Rock area to see St. Michael’s Cave, the ‘famous rock apes’, the Moorish Castle and the Tower of Homage. (B, D)

Free day, or optional tour to Jerez and Cadiz. (B, D)

Morning departure for Granada.Stop in Malaga, birth-place of Picasso. During free time in Malaga you may walk up the hill to Gibralfaro Castle. Proceed to Granada. (B, D)

Morning guided city tour of Granada, including the Cathedral, Albaicin, and visit inside the famous Alhambra Palace and Generalife Gardens. Drive to Alicante, visiting en route the unique village of Guadix, a city famous for cave dwellings in the Barrio Troglodyte, where upwards of half the population lives. (B, D)

Morning departure for Barcelona. En route city tour of Valencia, known for its numerous gardens. Tour of the old town includes the cathedral – the symbol of the town – Puerta del Real, Puerta de la Trinidad, Puerta de las Serranos and a walk through the lively streets of Barrio de Carmen. (B, D)

After breakfast, transfer to Barcelona Airport. (B)