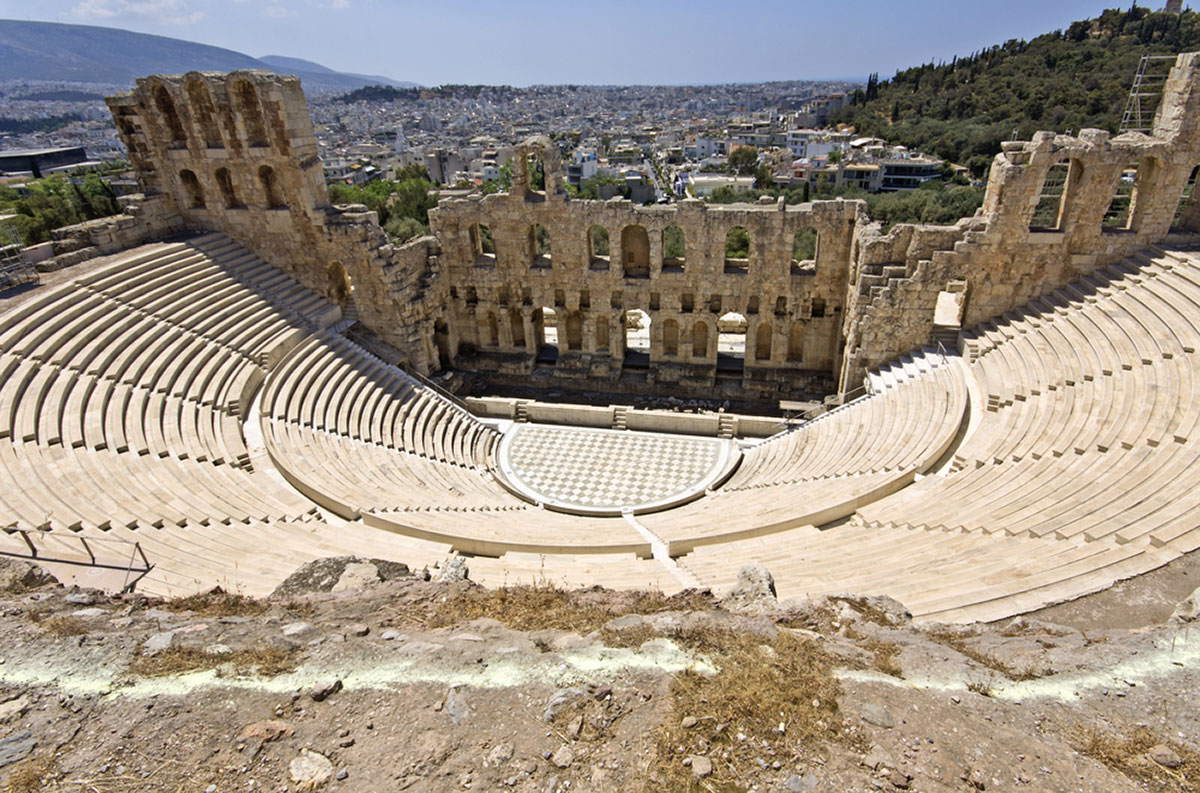 Travel north along the spectacular Adriatic coast, past old fishing villages and new resorts, to the city of Split. (B, D)

After breakfast, head to Trogir, the center of artistic activities. Scholars from around the world gather here to study and paint. Then, turn inland and travel to spectacular Plitvice Lakes National Park. Have your camera ready as you take a walking tour around the lower lakes. Enjoy the breathtaking scenery of this natural wonder of sixteen terraced lakes surrounded by thickly wooded mountains and lush vegetation. (B, D)

Return to the coast and travel along the beautiful bay of Kvarner to its popular resort, Opatija. After a bit of free time, journey continue north to Postojna, home to one of the largest caves in Europe. Tour this fantastic subterranean world by miniature electric train. Afterward, continue to Bled, beautifully set in the Julian Alps. (B, D)

An Alpine Lake surrounded by high peaks, Bled was “discovered” by travelers in the middle of the 19th century. A sightseeing tour features the charming town and the lakeshore, and visits imposing Bled Castle, perched on a cliff high above the lake. The balance of the day is at leisure. Perhaps join an optional excursion visiting the small island in the middle of the lake, browse through the shops and boutiques, or simply enjoy the enchanting scenery. (B)

Leave the mountains and head to Ljubljana, the capital of Slovenia. See the most significant sights of the old city center on a walking tour. Highlights include the picturesque open-air Central Market, the Three Bridges, Baroque Town Hall, and Robba’s Fountain. Then, continue to Zagreb, Croatia’s capital city. (B, D)

This morning, enjoy a city tour featuring the historic Upper Town, St. Mark’s Church, St. Catherine’s Church, the Cathedral, Parliament, and Government Palace. The rest of the day is at leisure to explore the winding streets of the old town or take an optional excursion to see the countryside. (B) 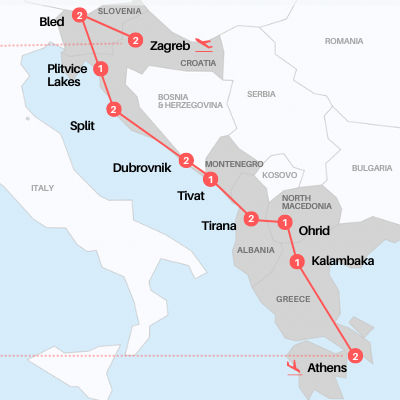